I created a bunch of these characters when I was trying to come with idea for paintings that I could complete in 30 minutes.  Why would I want to create a painting in 30 minutes?  Well, you see, some of my associates (you know who you are) strong-armed me into participating in K-W’s ‘Brush-Off’ competition at The Museum in  downtown Kitchener.  Since I  use a transformational process, my paintings take a notoriously long time to complete.  So there I was, in a bind, and feverishly trying to come up with a way to not embarrass myself in front of a large group of the art-buying public, not to mention my fellow artists.  Yep, it all came from ego.  🙂

I stumbled upon the idea of creating simple silly characters from simple square shapes, I guess somehow Sponge-Bob Square Pants managed to lodge himself in my subconscious.
Creating these figures was so freeing and fun, I came up with quite a few designs!

My plan worked out fairly well, and I managed to get through the competition with my self-esteem more-or-less intact –ish. After the competition, I still had ideas for all these characters that just wouldn’t go away.  So, well, why not?  I decided to go ahead and create paintings (taking all the time I needed!) for all of the characters I had come up with.  They were all so cute!  But that’s not the end of the story…

I had 15 characters to name, and I knew the names had to be as cute as the paintings. Oh the pressure!  Then it dawned on me.  I really never intended to do this…  But once the idea was in my head, it was inevitable. (Marco’s fault!)  All of the character’s names would somehow refer to farts.  I know.  I never wanted to use the word ‘fart’.  That’s why they’re called ‘Tarts’.

Meet the Snarkle Tarts!  Hovering your curser over the photo will reveal the name. 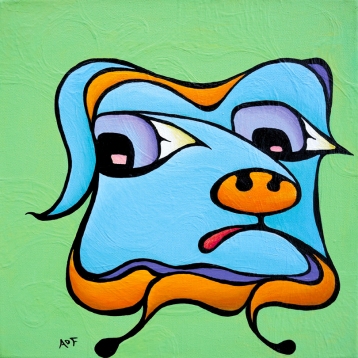 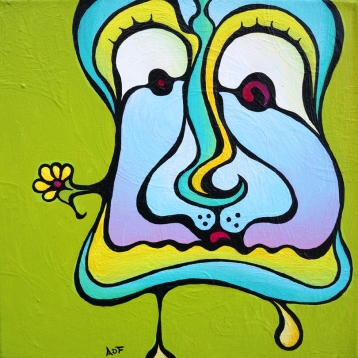 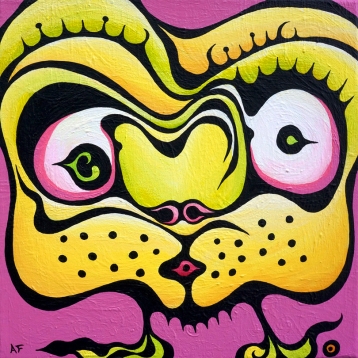 Smelly Nellie
These guys were so adorable, I decided to make them all available as artist-signed limited- edition archival prints. (Check out the available Snarkle Tart Art!)  They turned out to be very cute for a kid’s room!  But that’s still not the end of the story…

After a while, people who had some Snarkle Tarts in their kid’s rooms began to urge me to write a children’s book featuring the tarts.  Now, writing a children’s book was the furthest thing from my mind, not having much experience with kids.  But again, the idea stuck in my head, and I realized that since they’re names reflect farts, their story should revolve around farts.

I knew something had to happen.  And did a little research and found out one of the first stages of story telling was character development.  So based on the paintings, I tried to nail down each character’s personality and back-story; and then it happened…

The rhymes began, and I was helpless. I had to continue with the rhymes until all the of the Snarkles Tarts had something to ‘say’ about farts. Though the poems are not perfect, I managed to write every single poem without using the word ‘fart’.  Thus, ‘A Big Number 2’ was born, and I self-published the book using Blurb.

I’m really not sure where the Snarkle Tarts will go from here…  but I did come up with the idea of making the images and poems available on Zazzle’s onesies! 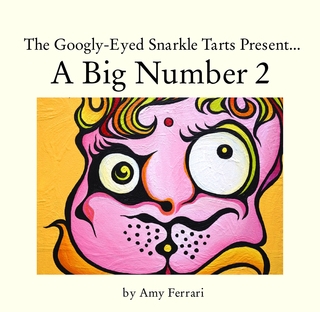 I wrote a book!  Well, actually, I just wrote silly poems to accompany the images of my Snarkle Tart characters, and turned it into a photo book!  Hopefully, you enjoy fart humour….

More ‘books’ are in the works, the next ones will most like be colouring and/or doodle books.  Eventually, my take on Colour Theory as taught in my ‘Trouncing the Colour Wheel’ class will be turned into a book too – with words…in sentences!

This picture book features my Snarkle Tart characters presenting different ways to talk about poo’s.  The characters are captivatingly cute; and the poems that accompany each image will make you snicker!

So far, I only have one physical book version (softcover) available for printing on demand.   ‘A Big Number 2‘ is also available in both iPad and PDF e-formats.
Softcover Version     PDF Version     iPad e-book version

I have ordered and received all 3 versions,  and I certainly recommend them all!

Thanks to Blurb.ca, The Snarkle Tarts have found themselves in a book!

You can order a paper-back version, or you can download a PDF.
You can also order the e-book for your I-pad.  Woo Hoo!

Some very cute googly-eyed characters are presenting funny ways to talk about poo’s. Wonderful images that will wow the little ones, and the poems that go with the images will make make most anyone giggle. Who doesn’t like fart jokes!

All images are from my photographs of original art paintings of my Snarkle Tart series.
All the these images are available as artist-signed archival prints; and some of the original paintings are still available!

A Big Number 2
Presented by the Go…
By Amy Ferrari

“Lose Yourself in a Ferrari!”